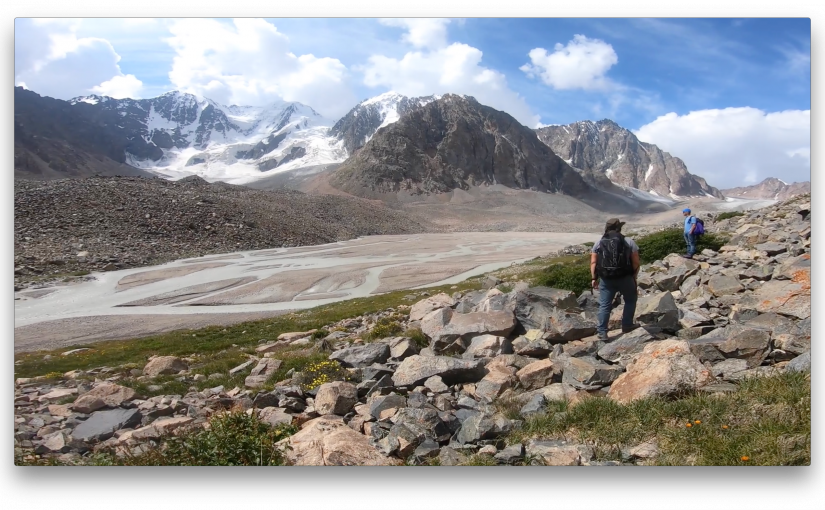 When Europeans talk about the glaciers, it is mostly in the context of stories from their skiing holidays in the Alps. Perhaps every individual on the continent has heard about the meltdown of the glaciers. Time to time there is big news about glaciers in Greenland or Svalbard thawing in a previously unknown speed and to an extraordinary extent. It all sounds alarming, but as it seems, most of the people do not feel directly threatened. It is not (yet) an issue for our everyday lives.

However, the situation varies between different parts of the world. In Central Asia, glaciers are highly important long-term reserves of freshwater. Vanishing glaciers present a huge risk, which means less freshwater for people and crops in the future. People living in this region need to be prepared sooner than us in Europe. But how? The countries in Central Asia are not even properly monitoring the situation, so the extent to which the glaciers are disappearing is still quite uncertain.

Here in Turgen-Aksu, the Kyrgyz glacier in the mountain range of Tian-Shan, about 70 kilometers from the Chinese border, the ice is melting heavily. It is the beginning of August. In the morning, the river is quite quiet, but once the sun reaches its highest point in the sky, the streams running down the glacier are getting stronger. They all later join into a wild river, flowing towards the rural communities living below these beautiful mountains.

We are here We are here as part of the scientific expedition to Turgen-Aksu. Its mission is to set up the monitoring system of the glacier. The team consists of Finns, Kyrgyz, and Tajiks. David Brus, a senior scientist at the Finnish Meteorological Institute (FMI), is here already for the second time. The expeditions are part of the FINKMET project funded by the Ministry for Foreign Affairs of Finland. “The ministry wants to utilize the knowledge and experience gathered at FMI and to share such expertise with the organizations in Kyrgyzstan and Tajikistan. This effort has been funded through the development program organized by the Ministry, right now focusing on the countries in Central Asia. This capacity-building effort has been running for about five years, with research campaigns and expeditions being arranged in Kyrgyzstan and Tajikistan as well as in Finland.”

The motivation and plan for this project are simple – Finnish researchers hook up with the scientists from Kyrgyzstan and Tajikistan, bring their expertise as well as the top-level instruments and share this all with them. Such capacity-building will ensure that in future, the local scientists will be able to monitor the glaciers and the weather surrounding them on their own, having it all – the skills, expertise as well as the state-of-art tools.

“There are more than 8000 glaciers in Kyrgyzstan, but only 13 of them are being monitored“, says Tyntshtyk from the Kyrgyzstan Hydromet service. The Finnish team is being convinced the capacity of their colleagues in monitoring the Kyrgyz glaciers will rise after this expedition. “This is our fourth field mission”, explains David, “and I am utterly confident in the skills and confidence our Kyrgyz and Tajik colleagues have gathered throughout these campaigns. There is an obvious improvement with each new expedition. By now, they can fly their drones mapping the glacier’s mass balance, they can take snow samples in the glacier’s accumulation zone. They will soon have the data from the weather station we have just set up, which will greatly improve their ability to spot changes and trends happening here throughout the years. The data from the station will also improve the forecasting services in the region. I am super-positive about the result of the expeditions organized within the project.”

Most of the water from the Turgen-Aksu flows to lowlands around the city of Karakol where it irrigates the land. Local people are used there is enough of the water, so there has never been much thought put into a proper water management strategy. Monitoring of the glacier will provide a better understanding of its behavior which will improve this situation. After all, improved understanding is the only way how we can predict and mitigate or adapt to the environmental changes happening in the future.

Main picture of the article: David and Yakob on their way to glacier where they mapped its 6km2 with drones. On the background you can see the many rivulets of water stream running down from the glacier. 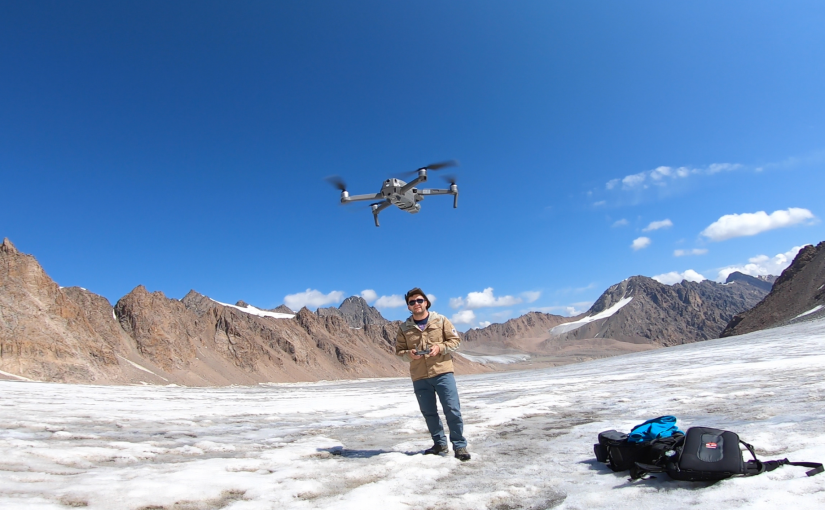